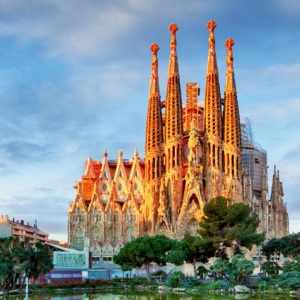 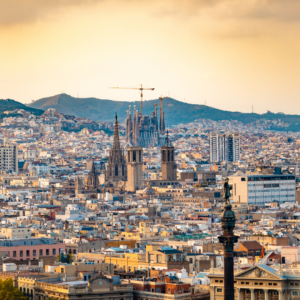 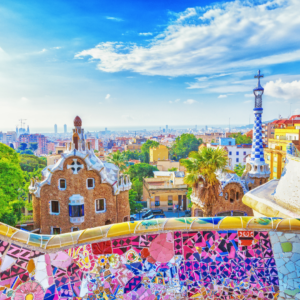 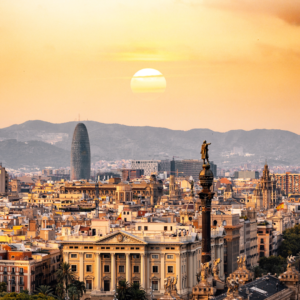 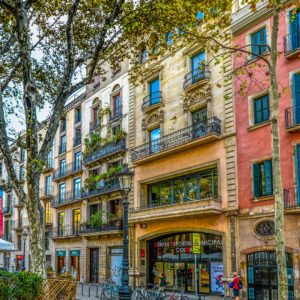 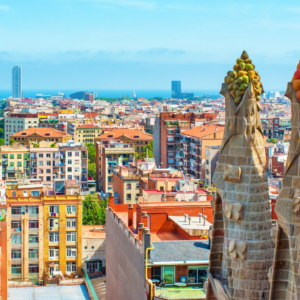 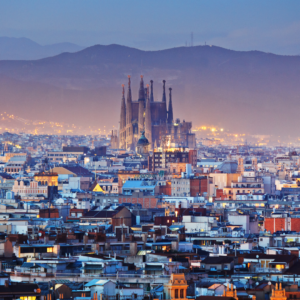 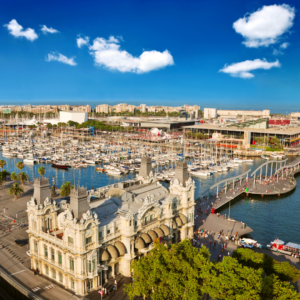 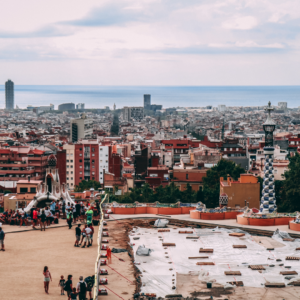 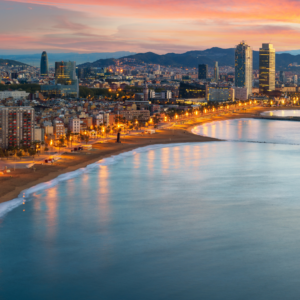 The first association related to Barcelona is probably the magnificent legacy of Gaudí or the Barcelona football team, but this amazing city has much more to offer than that. This cosmopolitan metro has one of the best urban beaches in the world, architecturally diverse neighborhoods, magnificent squares, fountains, rich museums, picturesque markets, beautifully landscaped green areas, aquarium, zoo, large shopping centers…

Is there a more recognizable symbol of Barcelona than the Sagrada Familia? One of the most unusual buildings in Europe, this spectacular basilica dominates its surroundings with its 18 tall towers. The cornerstone of the Sagrada Familia was laid in 1882, and since Gaudí’s death in 1926, when he was run over by a tram, as many as nine architects have tried unsuccessfully to finish it. Although Gaudí originally predicted that the construction of the basilica would take between fifteen and fifteen years, it was never officially completed.

On the hill of El Carmel in Barcelona, ​​there is the Guell Park by the architect Antonio Gaudi, who was engaged in this project from 1900 to 1914. Count Eusebio Guelj, after whom the park is named, was delighted with the parks he visited around the world and wanted Barcelona to get something similar but still unique.

The park is a combination of nature and architectural elements in the recognizable Gaudí style. The central place of the park is a large terrace with a unique panoramic view of Barcelona and the two fairytale houses that are part of the park. The terrace is surrounded by a sea snake-shaped bench and decorated with a mosaic of broken ceramic tiles. Gaudi’s house is also located in the park.

Barcelona’s most famous street, La Rambla, is 1.2 km long and connects Plaza Catalunya with the monument to Christopher Columbus. The street dates back to 1766 and quickly won the hearts of the citizens of Barcelona with its location and breadth. Due to its very interesting content, it attracts a large number of tourists and locals

The 185-meter-high Montjuic hill rises above Barcelona and its trading port. Several lookouts located on this hill provide a great panoramic view of the city, harbor and coast. Due to its large parks, rich vegetation and other facilities, Mount Montjuic is the most visited recreational area in Barcelona.

The Magic Fountain was built for the 1929 World’s Fair and is a spectacle of water, light and music. It is located between Plaza de España and the National Museum of Catalonia, and the Fairgrounds and the Spanish Village are nearby.

The oldest part of Barcelona is called the Gothic Quarter (Barri Gotic). Although there are churches from the 14th century and other medieval buildings as well as remains from the Roman period, most of the buildings are from the end of the 19th century and the beginning of the 20th century. This part of the city is a real labyrinth of narrow streets closed to traffic.

The Poble Espanyol is another in a series of major attractions built in Barcelona for the 1929 World’s Fair. Today, the Spanish Village is a kind of museum of architecture and culture of Spain. It consists of 117 buildings, squares and streets typical of 15 different areas of Spain. Within this complex there is also a theater, a museum of contemporary art, art workshops and a number of restaurants with specialties originating from various regions of Spain.

The Aquarium de Barcelona has over 11,000 specimens of 450 different plant and animal species housed in 35 aquariums and 6 million liters of water. A special attraction of the aquarium is the 80-meter-long underwater tunnel around which sharks swim.