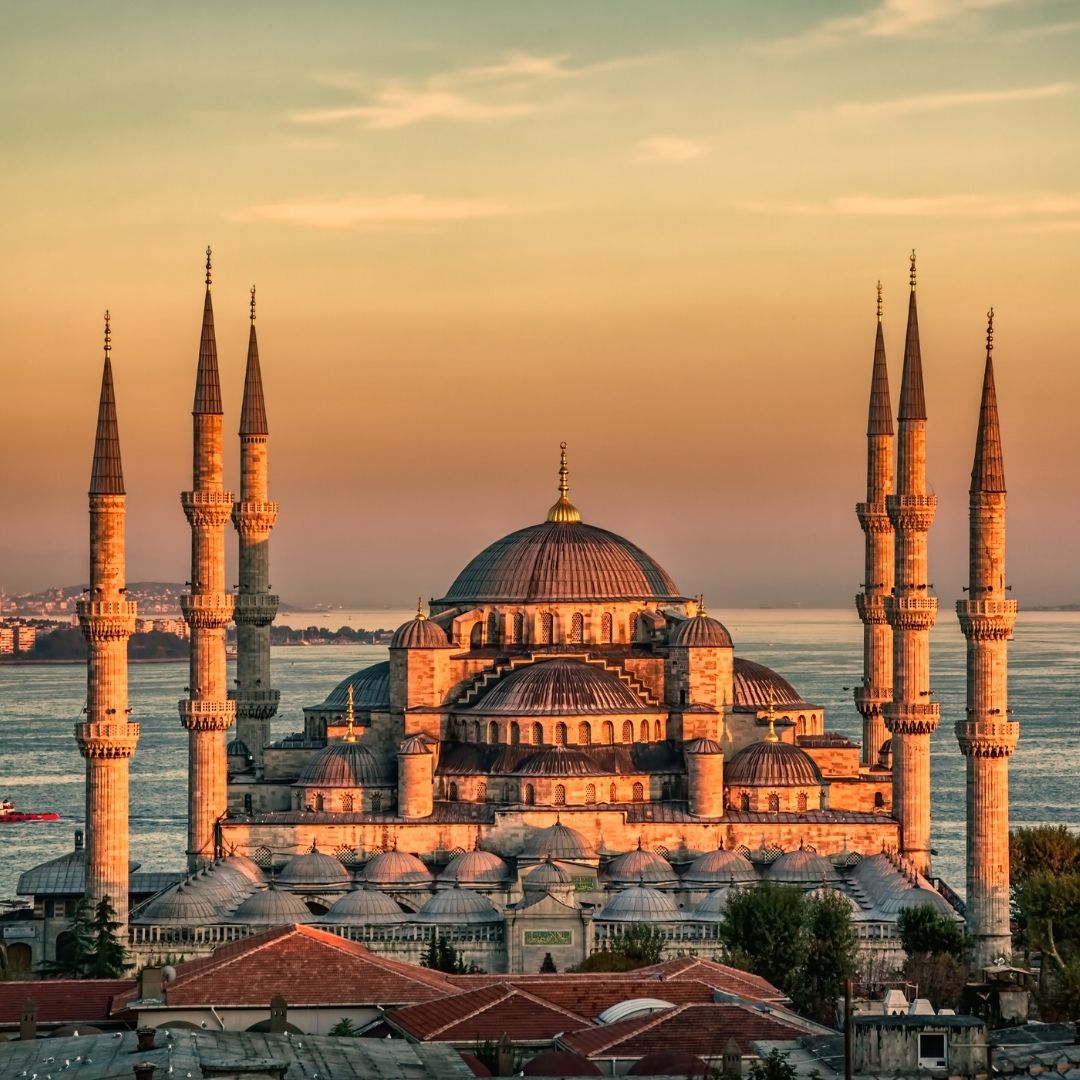 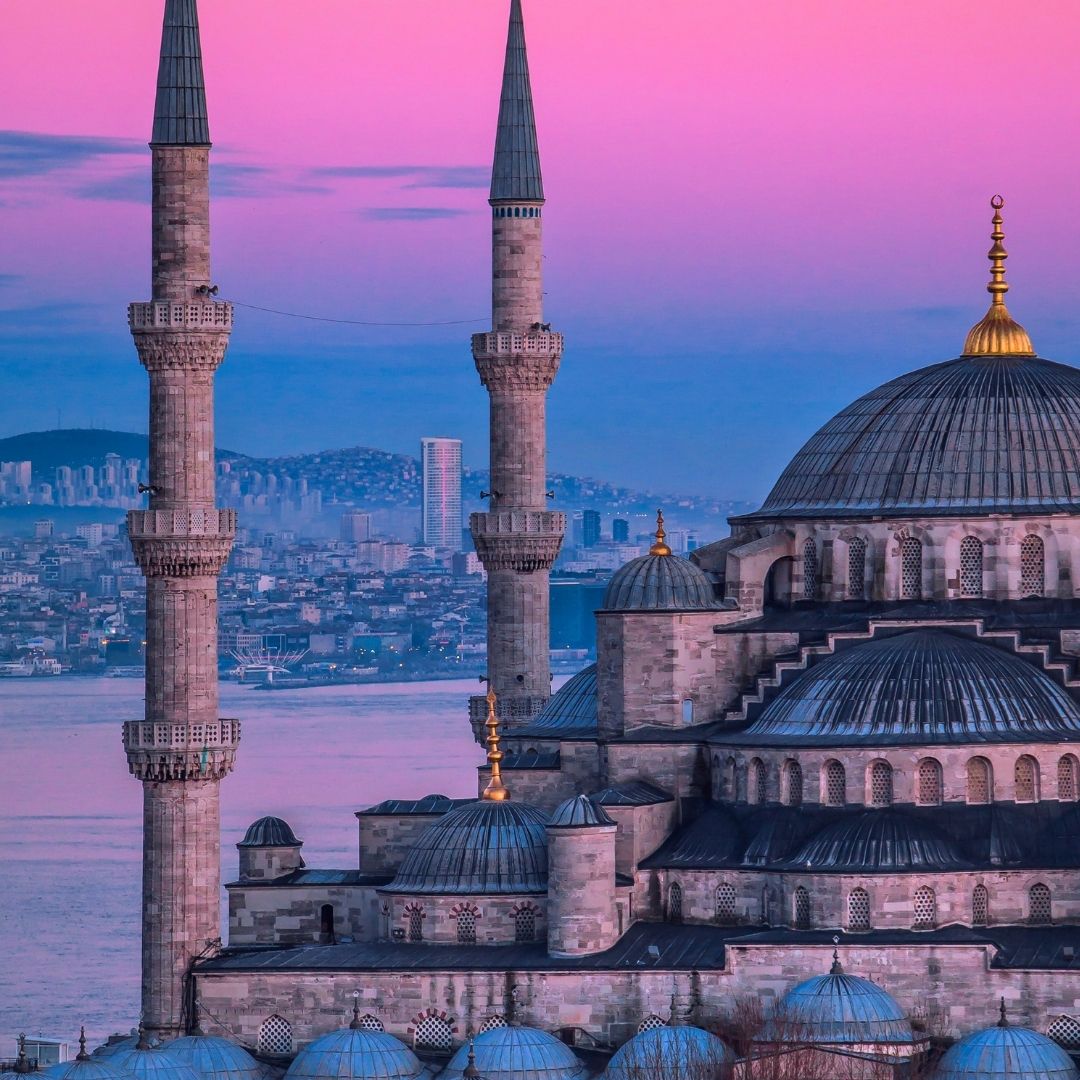 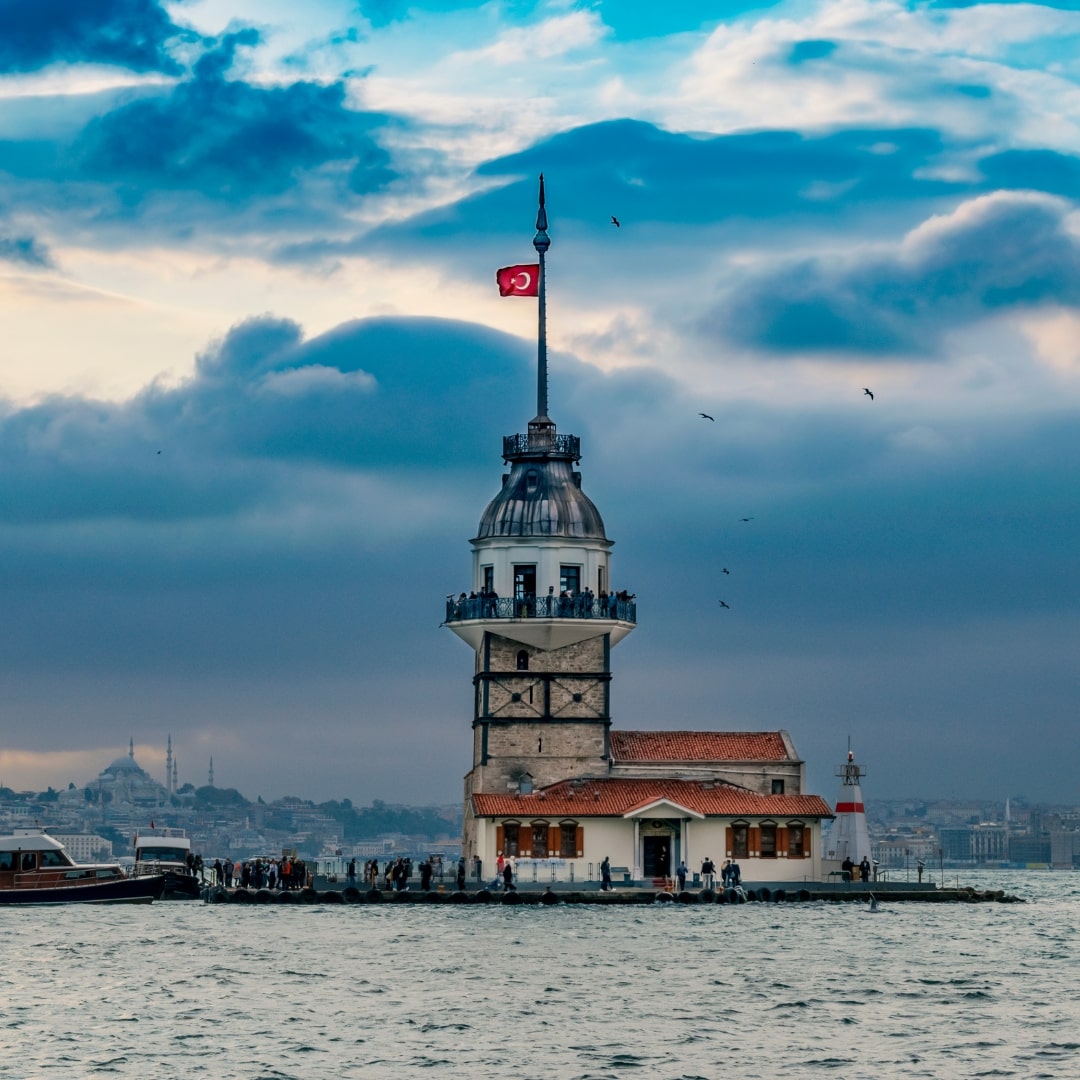 Istanbul is certainly one of the most beautiful cities in the world — with more than 15 million inhabitants and about 10 million tourists a year, a megalopolis bustling with life. This transcontinental city located on the Bosphorus Sea between the Black and Marmara Seas connects east and west, taking the best of both Europe and Asia.

A symbol of Istanbul and one of Turkey’s most visited museums, Hagia Sophia is often referred to as the Eighth Wonder of the World. is one of the most impressive and beautiful buildings in the world.

A few minutes walk from Hagia Sophia is the beautiful Sultan Ahmed Mosque, better known as the Blue Mosque. It was nicknamed after the hand-painted blue tiles that cover the interior walls and the interior of the dome. Built in the early 17th century, the Blue Mosque is the only mosque in Istanbul that has 6 minarets. This masterpiece of Islamic architecture was erected on the site of the former Palace of Constantine, a complex where Byzantine emperors lived for centuries.

Erected several years after the fall of Constantinople, Topkapi Palace was the main residence of the Ottoman sultans for almost 4 centuries, from the time of Mehmed the Conqueror until Abdulmejid moved the court to Dolmabahçe Palace in the mid-19th century. This is one of Istanbul’s main attractions.

Dolmabahce is the largest palace in Turkey — and probably the most beautiful. Everything here is magnificent, from the gardens decorated with fountains and sculptures of lions and gates that open onto the Bosphorus to the palace itself, which is divided into two parts. In one part the sultans ran state affairs (Selamlik), in the other they lived with family and mistresses (Harem).

One of the largest and oldest covered bazaars in the world, the Grand Bazaar or Kapali čaršija is a real paradise for both oriental lovers and shopaholics. Designed as a maze, this bazaar has over 60 covered streets (each named after merchants of certain goods) in which it is located over 4,000 stores, so it is clear that it is impossible to visit it at once.

A trip to Istanbul really would not be complete without a cruise on the Bosphorus, the sea that separates Europe and Asia. Depending on how much time you have, you can go on a shorter or longer, day or night or a private or organized tour of the Bosphorus — and you can take a ferry to the Asian side of the city and spend as much time as you want.

Built during the reign of Constantine the Great, the walls of Constantinople are stone ramparts that surrounded and protected the city from attack from both land and sea.

At the heart of modern Istanbul, Taksim Square is a popular place among both locals and foreigners. Surrounded by shops, cafes, and hotels, Taksim is a starting point for many to tour the city. On the square, itself is the Monument of the Republic, erected five years after the founding of the Republic of Turkey. Almost one and a half kilometers long, Istiklal Avenue is the most visited street in Istanbul, with about 3 million daily visitors during the weekend.

As you can conclude – Istanbul is a city with a rich history, and you could spend days and weeks in it, without still seeing everything worth seeing. However, this is exactly what is wonderful about Istanbul — every time you return to it, you can discover something new that will leave you speechless.